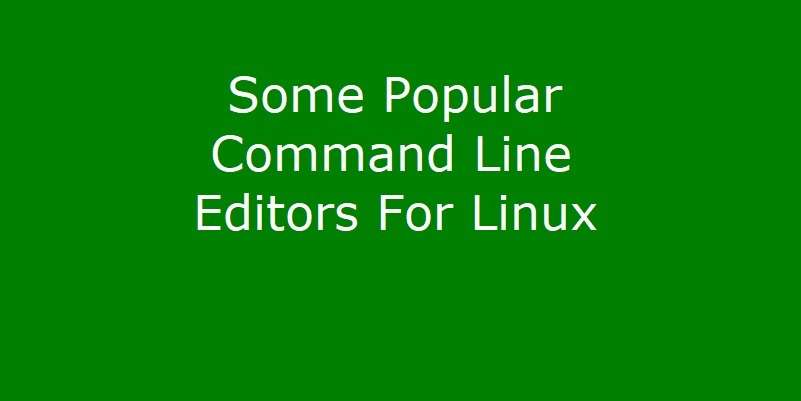 In this article we will have a look at the best 3 command line editor for Linux. However, having knowledge of editing text files fast and efficiently is must for the users of Linux operating system. Moreover, text file editing is a day to day job of Linux users and administrators. Additionally, in Linux operating system various configuration files and other files are in text format.  Therefore it is best to have a good command line text editor on your system. Therefore, in this article we are giving a brief description of some of the most popular open source and free command line editors for you.

The number one in the best 3 command line editor for Linux is the Nano Command Line Editor. Nano The Command Line Editor is a free and open source command line editor available under GNU general public license. However, it is an easy to use simple WYSIWYG (What You See Is What You Get) text editor. Also, it has simple and intuitive graphical user interface that enables the users to directly interact with the entered text.

Default Editor in Many Linux Distros

Furthermore, Nano  Command Line Editor is the default editor in many Linux distros and is installed by default with the operating system installation. However, if Nano editor is not available in your distribution, it can be installed separately.

In the case you want to install Nano in Ubuntu, Debian and the similar distributions follow the installation steps given below.

Issue the following commands in the terminal window to install Nano.

Also, to install Nano in CentOS, Fedora and the similar distributions follow the installation steps given below.

Issue the following commands in the terminal window to install Nano.

How to use Nano Editor

If the given file is non-existent then the Nano editor will open a new file with the filename given as argument, else it will open the file for editing.

To save a file in Nano Editor, the keyboard shortcut is

When you will press the above key combination the editor will ask for the filename, here you can give a new filename or if required you can modify the existing file name.

To exit the Nano Editor issue the keyboard shortcut

The editor will prompt for saving the file, respond with ‘y’ to save the file else press ‘n’ to discard the changes made.

To cut required text string in a file use

For pasting required Text string in a file use

Below is the link to the official website of Nano Editor.

Next in the list of the best 3 command line editor for Linux is Emacs Command Line Editor. Emacs command line editor was first released on March 20, 1985. Moreover, it is an open source and freely available application under GNU general public license.

It is perhaps the most flexible and powerful command line text editor. Also, it has great text editing features. However, Emacs is not only a text editor but it can be extended with various modes that can enable it to work like an integrated development environment for most of the major programming languages like Python, C and Java etc.

To check whether your Linux system has the Emacs editor. Open the terminal window and run the following command.

If the Emacs editor is already there. We will get a welcome message in the terminal window.

To install Emacs editor on various Linux distributions follow the below given steps.

Open the terminal windows first then execute the commands as given below.

To install Emacs on CentOs execute the following command in the terminal window.

To install Emacs editor on Ubuntu, Debian or similar Linux distributions Open the terminal window and issue the following command.

The installation of Emacs is quite easy. After executing the above commands, allow the installer to install the product. The Emacs editor will be installed automatically on your Linux distro. Now it will be ready to use.

To launch Emacs editor simply issue command “emacs” or give a filename as an argument to this command. If the file is non-existent then Emacs will create a new file or if the file exists then it will open the existing file and show the already existing text of the file in an editing window.

There is a detailed user’s manual is available on the official website of Emacs along with the detailed installation procedures for various operating systems and Linux variants.

A link to the official website of the Emacs editor is given below.

Vim text editor is the most stable text editor in its class and it is being further developed to make it even better. Below given are the main features of the Vim Text editor.

Vim text editor supports multi-level undo tree. Vim editor has an extensive plugin system that makes it more powerful and versatile text editor. It supports more than one hundred programming languages and file formats, thanks to its large community of developers. Perhaps Vim text editor has one of the most powerful search and replace feature.

Vim is a state-of-the-art command line text editor that helps its users by providing the power of the Unix Editor ‘Vi’ that too with a more extensive feature set.

Vim is also often known as programmer’s editor. It is so convenient text editor for programming that many of its users consider it as an Interactive Development Environment. Vim editor is not only convenient and impressive text editor for programmers but Vim is ideal for all kinds of text creation and editing. It is very helpful and easy for writing emails to editing configuration files.

We can configure Vim editor in such a way that it works very much  like the Notepad editor and also known as “evim” or Easy Vim.

Below given is the link the official website of Vim Command line text editor for further reading. 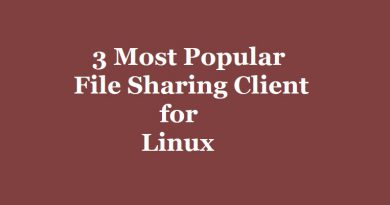 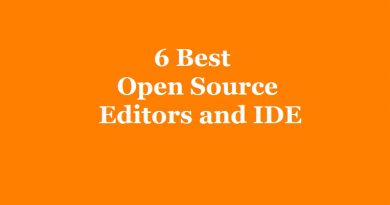 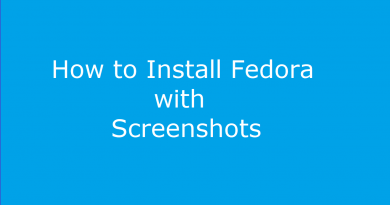 How to Install Fedora with Screenshots