Moreover, here, in this guide we will learn how to install MariaDB 10 database server on Debian 10 Server or Desktop operating system.

Even though, MariaDB Database Server and Client system is a part of the packaging of most of the Debian and Debian 10 based Linux distributions. However, this installation procedure will be same for the other similar debian based distributions.

Prerequisites for Installation of MariaDB 10 on Debian 10

Installation Procedure of MariaDB 10 on Debian 10

Furthermore, here, we will describe the installation procedure in steps.

Step 1. Not to mention, the first step is to update the operating system’s package index using the apt update command.

Step 2. Further, in the following step we will install the MariaDB Database Server and MariaDB Database Client packages. However, for this, we will use the same apt-get command of Debian 10 Operating System. Also, this command will also pull the other dependency packages along with the database server and client packages. The following command will install the MariaDB Database Server and Client without any prompt. It will also set a blank password for the root user. It will also install and configure a test database along with system database.  As a matter of fact, this installation will leave the default MariaDB database insecure.

However, after the installation of MariaDB Server and Client is complete. Further, we will run mysql_secure_installation script. Moreover, this script will be used to set the database root user password. It will also remove test database and remove anonymous users . And finally flush privileges. However, by using this script we will be able to restrict the access to the database. In addition to above, we will be able to secure our database server installation.

Furthermore, the above script will prompt us a series of questions. Additionally, through our responses to these questions we will be able to change and make secure our MariaDB database server default installation.

However, the first prompt will be to enter the existing password of the MariaDB root User. Moreover, if this is a fresh installation of the MariaDB Database Server, the root user’s password will be blank. Therefore, we have to just press the enter key in response to the current password query. Furthermore, below given are the full text of prompts for mysql_secure_installation script and the responses to be given.

However, by default, a MariaDB Server installation has an anonymous user, allowing anyone to log into MariaDB Server without having to have a user account created for them.  Moreover, this is intended only for testing, and to make the installation go a bit smoother.  Certainly, you should remove them before moving into a production environment.

However, the option is – Remove anonymous users? [Y/n] Y … Success!

As a matter of fact, root should only be allowed to connect from ‘localhost’.  Finally, this ensures that someone cannot guess at the root password from the network.

However, this is achieved through the option – Disallow root login remotely? [Y/n] Y … Success!

However, by default, MariaDB comes with a database named ‘test’ that anyone can access.  However, this is also intended only for testing. Moreover, it should be removed before moving into a production environment. Finally, this is done through the Option –

Finally, reloading the privilege tables will ensure that all changes made so far will take effect immediately.

However, this is done in the step – Reload privilege tables now? [Y/n] Y … Success! Cleaning up… All done!

Moreover, if you’ve completed all of the above steps, your MariaDB installation should now be secure. Thanks for using MariaDB!

How to Change the Password Authentication Method in MariaDB

Further, we will set the password authentication method in MariaDB Server to native. Later on, when we will install phpMyAdmin, this will enable us to connect as root user. The next step is to  login in to the newly installed MariaDB Database Server as root user. Then, issue the following command in the terminal window step by step in the given order.

Additionally, the output of the above command will be similar to the shown below and we will get the MariaDB command prompt.

Additionally, run the given below SQL statement on the MariaDB Command Prompt.


However, the output of the above command will be similar to the shown below.

Additionally, run the given below SQL statement on the MariaDB Command Prompt.


However, the output of  the above command will be similar to the given below.

However, quit the MariaDB Database Server Command prompt by issuing the “quit” command. Finally, the installation part is complete.

Furthermore, this is the time for testing the newly installed MariaDB Database Server.

Moreover, this is the time to test the MariaDB database Server installation. Further, run the following command in the terminal window.

Furthermore, the output of the command will be similar to given below.

How to Start, Stop and Restart MariaDB Database Server

However, to start, stop and restart MariaDB Database Server run the following command in the terminal as root.

That’s all; now, we have successfully installed and configured the MariaDB Database Server and Client on Debian 10 Buster. Finally,  now we can start using it. 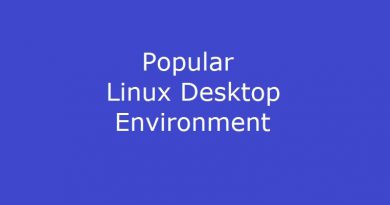 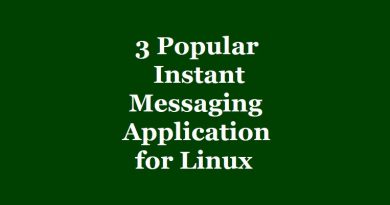